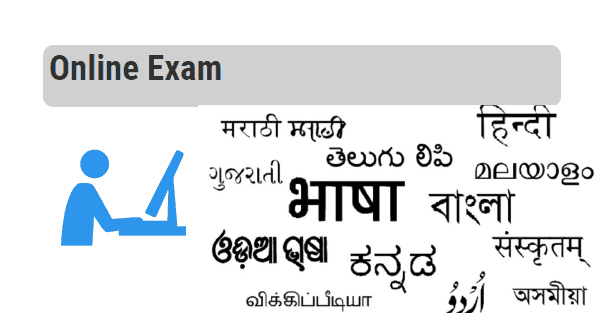 India, a beautiful blend of diversity!

There are close to 1600 mother tounges in our country that belong to five different language families.

Central Board of Secondary Education (CBSE) teaches over 40 languages. The 8th schedule of the Indian Constitution recognizes 22 languages, excluding English.

It is evident that there is a lot of diversity in our country when we talk about languages.

People speak different tounges in different areas. People from one state might not understand the language of the other.

While this diversity is celebrated in spirit, we do not see its implementation in practicality.

Education Technology has evolved over the years. Online examinations are becoming the norm for many educational entities in India.

However, a majority of these exams are being conducted in English and not in regional languages.

It might be a surprising fact but only 30% of the Indian Population can speak English- to varying degrees. However, only a third of that percentage, 10% of the total population of India can speak and write in English fluently.

This means that an enormous chunk, 90%, of the Indian population lags behind in gaining access to evolving education technologies like Online Exams.

“Language is a response to experience and rich experience is essential to language development.”

Regional language helps the growth of a community by carrying the essence of culture to the next generations.

It is by the activity of the native language that a community is formed. It also serves as a medium of growth. The intellectual life of a community or race is preserved and communicated in the native tongue. The regional language is also a prime index of intelligence, culture, and personality.

The importance of Regional Languages in Education

Recent research revealed that children who are taught in the language they speak at home or within their community for the first eight years of their lives develop good language abilities in all other languages.

It is also said that these children do well in other areas of study which the scientists associated with the overall brain development agreed to.

It might come as a wonder to many that education in one’s local tongue can improve the mental ability of children.

According to the Sapir-Whorf hypothesis in the subject area of linguistics, a person’s language has an immense impact on his or her cognitive abilities.

Can you think of words in your native tongue that do not have a suitable or well-matched word in English?

Can you think of edible items like local fruits and vegetables with no English name?

You can think of several such examples. There are certain aspects of a native tongue that cannot be compensated by foreign languages.

In summary, children educated in regional language imbibe the benefits of thought process that has passed on for thousands of years. Not to mention, there are several cultural specifics, concepts and also certain philosophical doctrines that can be taught only in the native language.

Learning in a known language improves the quality of education for all learners across all age groups. Furthermore, it is believed that educating in the native tongue can develop the foundation skills of a society like literacy and critical thinking.

The Internet has changed the way we look at the world. With technology taking over human force in all areas of living, making the benefits of technology available in a regional language can change the nation for the better.

As stated earlier, a large section of the Indian population is not familiar with English and hence shy away from the use of technology. When something as basic as internet and content of important websites is available in regional languages, they pave the way for more than 60% of the urban population of India to access websites on a regular basis.

A study conducted by a social media research agency called Mindshift revealed some surprising results on vernacular websites.  It was noted that the growth rate of vernacular websites was much higher at 56% when compared to English websites that grew at 11%.

With more than 29% of India’s internet users in rural areas, several companies are heavily investing in building the regional language internet. With tech giant Google’s initiative, a group of companies has been roped in to promote regional content online.

To sum it up, the benefits of making technology, especially internet available in a regional language is listed below:

(i) Internet access can be made available to the most interior parts of the country.

(ii) It will serve as a source of knowledge to the less privileged.

(iii) It will help students and elders with limited access to books and libraries.

(iv) There will be better growth in smaller towns. 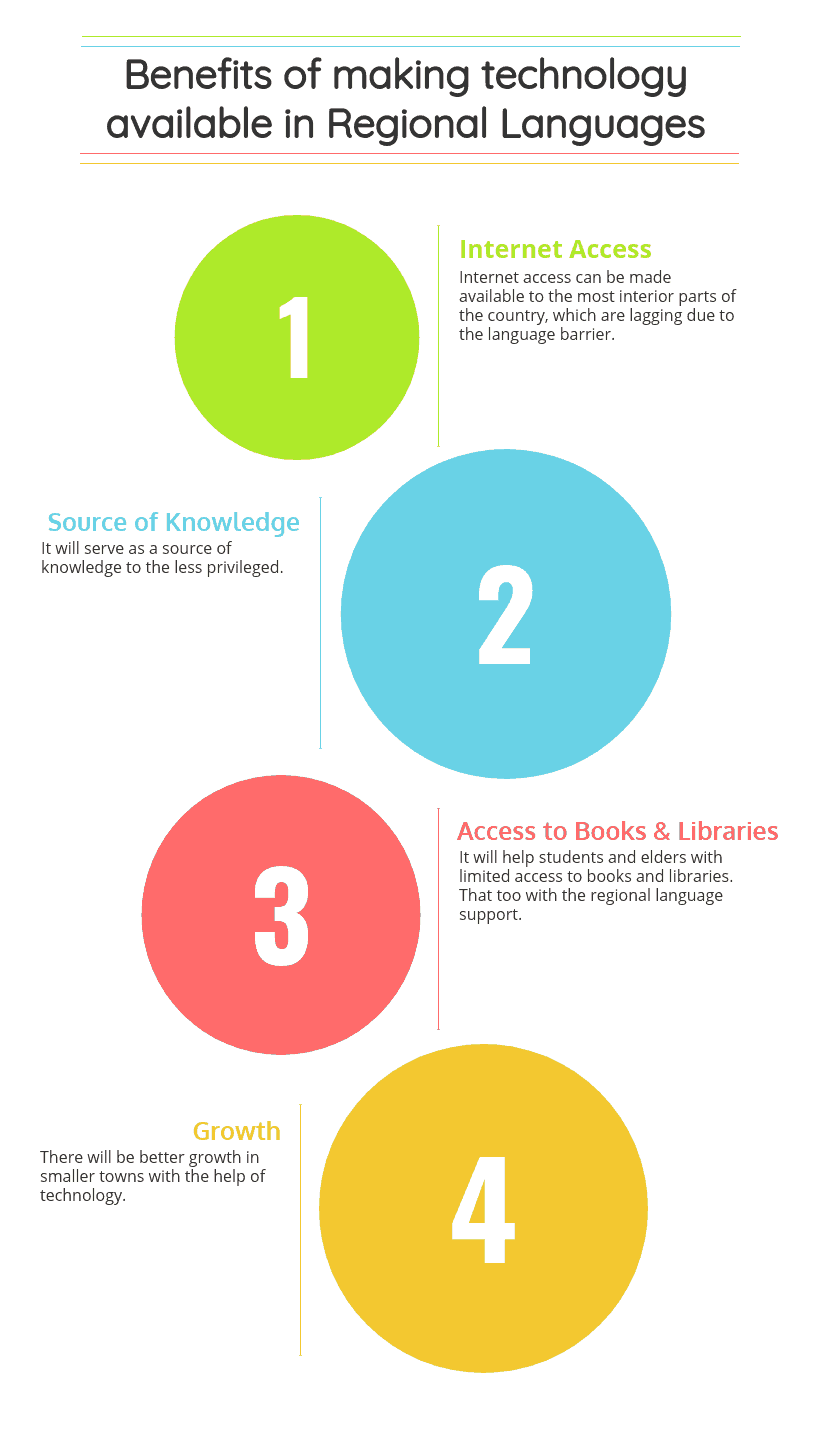 What are the benefits of conducting an online exam in Regional Languages?

When technology can be modified to make internet content available in regional languages, making online exams available in native languages can benefit society in several ways.

According to IMRB, if the internet is made available in all regional languages of India, it will spread the reach of technology to 10.72 million of India’s rural population.

Following are a few ways in which the availability of online exams can benefit society:

1. It helps in the growth of literacy in smaller towns and cities of India.

2. It improves job opportunities for people who have no source of livelihood.

3. It improves prospects for people with a dying ancestral occupation or livelihood.

4. It will promote development and growth across all section of the society.

5. Online exams in state languages can present unlimited opportunities to the students in the smaller towns just like their counterparts in the urban areas.

6. It helps in a better assessment of the students.

7. It eliminates the barrier faced by students who are not well versed in the English language.

8. It can make education available to even the largely marginalized societies and tribal communities with limited scope for education.

9. Availability of online exams in native tongue can encourage the academically-weak students to choose certificate programs that might improve their job opportunities.

1.For instance, Gujarat University conducts online exams for their CCC certification using language options of English and Gujarati. Candidates can view question papers in the preferred language and appear for the online exam.

2. One of the multinational organisation is building a franchisee network across India and want to assess a person for their entrepreneurship ability. Online Exam is being conducted in the preferred language of the user. 7 options of the languages are added so that the user can appear for the exam in the preferred language. The result is analyzed to check entrepreneurship ability or preference of the user.

Conducting online exams in regional languages is beneficial to students in rural areas and/or students who do not understand English.

This can be a key step in helping education, and its modern means, penetrate to the grassroots level of our society.

Online exams will help our society achieve the longstanding dream of Education For All. 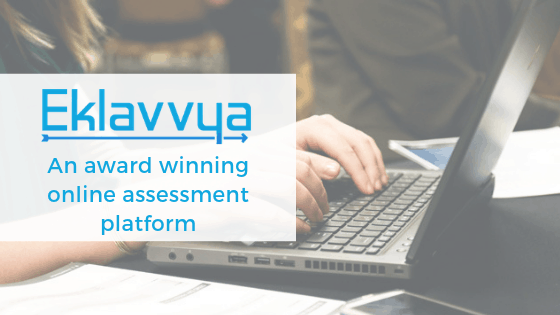 8 Actionable Tips to Get Accredited with NAAC in 2022