ePravesh.com has Won Award of India’s TOP Software Project of the Year 2012 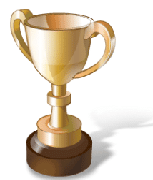 We are happy to announce Result of the PC Quest India’s TOP Software Project of the Year 2012. PC Quest along with CIOL announced annual awards of 2012 for

Evaluation process of PC Quest Best Software Project Award had multiple steps of Audits and Telephonic Rounds of Discussions. ePravesh.com has come out as First Runner Up in the category of India’s TOP Software Project of the Year 2012.

Since its inception and launch ePravesh.com has been helping students, parents, educational institutes to simplify overall admission process and has resulted in significant saving for institutes along with students. ePravesh.com has received positive testimonials of the end users. ePravesh is truly emerging as one of the end to end eCommerce platform in the Education sector to fulfill various needs of the students related to online admissions, training courses etc.

We value your support and continued patronage and without which this would have not been possible. We look forward to the same support and opportunities in future to serve you better as your value added partner.

We would like to thank entire team , our customers for supporting us in our initiative and of course entire students,parents,working executives who are regularly using ePravesh®.

Are institutes treating Students as their Customers ?