HEERA Instead of AICTE If you have been a student in India or still are, you would know how important committees like UGC and AICTE are in the education sector. Aspiring youngsters have always tried to painfully comply with their stipulations and get admission in colleges that have been recognized and approved by them. 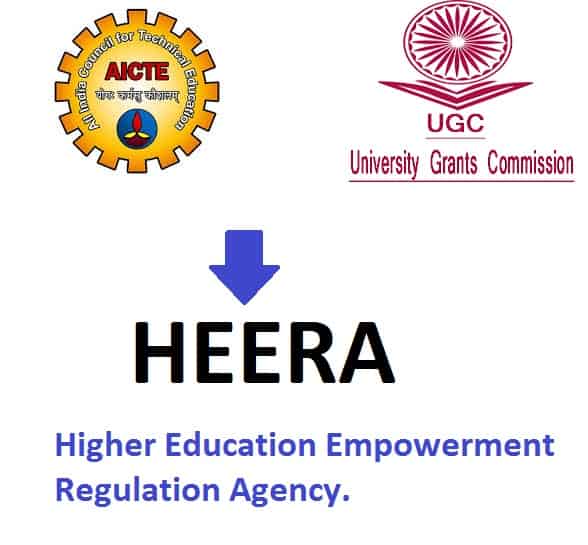 All of that is about to change.

The central government is set to abolish the University Grants Commission (UGC) and the All India Council for Technical Education (AICTE) as regulatory bodies for higher education and is replacing them with one single education watchdog called HEERA or the Higher Education Empowerment Regulation Agency.

The major step comes after Prime Minister Narenda Modi chaired a meeting on educational practices in the country in early March. In a bid to provide redressal, the government reportedly felt that multiple regulatory agencies with various redundant and restrictive rules revolving around colleges and universities create a hassle for students and lead to needless setbacks in admission procedures, framing curriculum, and such. Concerned about the lack of institutional autonomy, the government also claims that HEERA will be aimed at putting an end to excessive regulations and overlaps in jurisdictions.

According to an official government report, officials of both Niti Aayog and the Human Resource Development Ministry are involved in conceptualizing HEERA. Niti Aayog’s Amitabh Kant and Higher Education Secretary KK Sharma will be the members of the new committee. They are actively working on the detailed blueprint and legislation of the proposition to make the implementation of HEERA a success. Further, the report stated that officials feel that separating technical and non-technical education is “out of sync with practices around the world and outmoded, and that a single regulator will bring in greater synergy among institutions.”

What HEERA Brings To The Table

The newer regulations are expected to be much simpler, shorter and they will focus on creating outcomes by defining minimum standards. HEERA is also expected to be strict regarding harassment of students by government bodies, something UGC was infamous for, and will take legal actions whenever necessary.   It is to be noted that earlier during the presentation of the Union Budget 2017-2018 in Lok Sabha on February 1, Finance Minister Arun Jaitley had announced that the government would soon bring reforms to higher education watchdogs like UGC. Replacing multiple committees by a single one to streamline education processes has been suggested for many years, but the reform is only taking place now. Since the transition is at such a big scale, the complete scrapping of UGC and AICTE will happen in due course of time and will include making necessary amendments in these bodies’ official acts and regulations. The proposal for the huge education reform has been so far met with positive feedback and is expected to inject major disruptions and radical changes in the Indian education sphere.